Courageous Worship Church
Follow Us:
The Blessed Life - Get Use to It 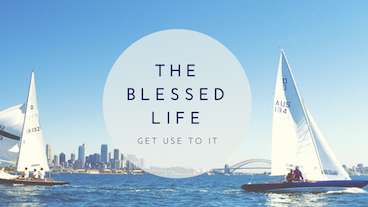 In Joshua chapter 7 we have the story of the children of Israel and their defeat at the city of AI. However, in the previous chapter we see the children of Israel experience one of the greatest military conquest in their history. They have just witnessed the tremendous defeat of the city of Jericho and they are still basking in the glow of that great event. Not only that prior to this chapter they crossed the Jordan River and take their first steps in the promise land. Prior to that they survive being in the wilderness and God parts the Red Sea. Prior to that God has allowed them to escape the hands of their oppressor Pharaoh. So you see they are having a string of victories, but in verse 1 and verse 11 of chapter 7 God says that the children of Israel has sinned and transgressed. I was trying to understand what would make someone who is experiencing such success, transgress against the word of God. They are blessed beyond measures and became confident they are standing on the edge of another great string of victories yet, what they didn't know was that there was a problem in the camp. There was one in their midst who was causing a problem for the entire family of God.

Then it hit me the man who caused the problem whose name was Achan wasn’t use to being around the blessings of God. Achan and the children of Israel went from slaves to being blessed beyond measures over a period of time. What did Achan do that caused him to sin and make a transgression against God? Achan stole items in the city of Jericho when God told (them) him not to.   What I have found out in life is this can happen to anyone, when a person isn’t use to a blessing or something new they can knowingly & unknowingly abuse it.

We as Christians must get use to the blessings of God so we don’t do 3 things. 1) You must Get used to the blessed life so you don’t do the unthinkable, which happened to Achan. Going against the command of God was the unthinkable for not just Achan but the entire camp. When we aren’t us to depending on God we might deceive, manipulate, or do the unthinkable to get the outcome we desire. 2) You must Get used to the blessed life so you don’t bring destruction, when the children of Israel went to capture the city of AI they didn't take the Ark of the Covenant into the battle. The Ark symbolized the presence and power of God. They went into the battle in their own strength and they failed! In other words the men became cocky and relaxed their standard and began to say to themselves, “It doesn’t take all that”. When we don’t get use to God blessing’s we start to think it’s our strength and abilities that brings us success. Achan’s actions brought destruction to not just his household but to those connected to him. Don’t allow your decision to impact the lives of those connected to you in a negative way. 3) You must Get used to the blessed life so you don’t feel unworthy, like Joshua and the leaders felt. God commanded the people to clean themselves up to make themselves worthy to come into his presence. I don’t know about anyone but there have been times to where I didn’t want to go into the church because I felt like I wasn’t worthy. I felt like, not only God knew that I messed up, but others knew that I messed up as well. The longer a person feels unworthy the longer they can stay away from the church. God doesn’t want us to stay away from the church or Him when we make mistakes, God wants us to keep getting up even though we might make a mistake. The reason we can do this is because he sent his Son to die on the cross to forgive us of our sins.

As God blesses you this year get use to the blessings. As our parents would say to us as children I say to you let’s act like we have sense as Christian’s. Lets not compromise or place ourselves in compromising situations. I don’t want you to take 5 steps forwards and then take 5 steps back. However, even though Achan and the children of Israel sinned, God allowed them to repent and capture the city at a later date. God is giving you the opportunity to repent to give you another opportunity to capture the blessings He has for you.